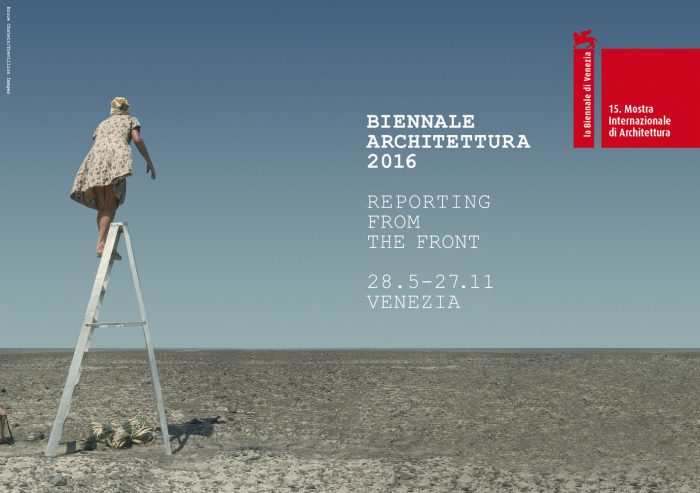 As every two years, except for the cinema festival which is once a year, Venice Architectural Biennial was celebrated. During this edition at Venice Biennial 2016, the Spanish pavilion, with Iñaki Carnicero and Carlos Quintáns direction, achieved the best prize: the gold lion.

From a new terminology, introduced by the politicians and its marketing consultants, this new edition of Venice Bienal 2016 was presented under the direction of the last Pritzker Prize, Alejandro Aravena. Alejandro, who is a really quick-witted seller, centered the message of this edition about the disconnection between architecture and civil society. Otherwise, this is not something new. The lack of relation between architecture and civil society has been developing during the last decades, but it has been increasing during the last events, the big financial and social crisis that has devastated the entire world. On that way, we have seen how the gap between rich and poor people has raised, creating a new opportunity for post-modern architecture to make profit by continuing the devastation of the precepts which define the architecture as profession.

“As architecture is the most political of all the arts, the Architecture Biennale must recognise this”, this is the statement said by Paolo Baratta, president of the convention, during the presentation of the Venice Bienal 2016. They are really important words because they reflect perfectly the time we are living in. Architecture has run through the limits of the spectacle in which we can catalogue churches, palaces and important buildings in the urban structure in order to turn the residential architecture into a simple trompe l’œil. One good example of this is the houses designed by Aravena at Villa Verde. What was used by people who lived inside some determinate region has been reinvented with a political purpose, losing any identity signature.

We also have to pay attention to the poster that has been used for Venice Bienal 2016 made by Aravena. In order to summarise the idea of this Venice Bienal 2016, the picture shows Maria Reiche on top of metallic stairs. From there, Maria can observe the Nazca lines, having a better understanding of the area. On the Aravena rhetoric, this is used to express that actual architecture should change its point of view by listening to all the actors who take part on the process. However, it is really interesting to notice that Aravena uses a photography where the woman is placed in a higher position. This is a perfect simile with the position that architects play nowadays in architecture. Aravena forgets that the real way to contribute to the construction process for an architect is by going down of those “stairs” and acquiring humanistic and social knowledge. This knowledge is only available when we as architects, work elbow to elbow with civil society. The only suitable way to project it is looking at history and tradition that are transmitted by oral or written way.

A Spanish pavilion without culture

“Unfinished” is the title of the Spanish pavilion during the Venice Bienal 2016. It shows, since the first look at the project, how the Spanish pavilion denies its own culture. It is evident that if we use as a title an unspoken language in the country, it cannot be considered as a representative.

This way, the majority of the 55 selected projects recovers the concrete, the glass and metallic structures as main materials used on their proposals. These materials are used to perpetuate the main precepts of postmodern architecture and international movement.

It is even more significant when we talk about interventions that have been done on heritage buildings. The dialogue and the respect for this kind of elements consists only, luckily, in taking some “attractive” pictures. Once again, the Spanish architect, fervent follower of “great” sellers of architecture like Le Corbusier, forgets the culture and the environment surrounding in order to build his own ego instead of the project. Once he has built it, he shows this “piece of art” on his own web site.

Not even to mention that the civil society this Venice Bienal 2016 attracts the attention to, does not appear on any of the proposals represented in the Spanish pavilion. The recognitions of the locals, the opportunity to catch the attention of the neighborhood, and get them involved, and the historical moment to bring back some disappearing handicrafts have been forgotten. Instead, a new economic speculation and architectural magazine covers, rising the ego of those architects, have been implemented. This shows us that for modern architects, international awards are still more important than their own satisfaction of participating in a collective work.

This prize, the Gold Lion, Spanish pavilion has won during the Venice Bienal 2016, reveals nowadays architectural principles. Nowadays architecture is not only forgetting about developing new collectives spaces, but it is also destroying old spaces still remaining from other times where popular architecture and culture used to walk hand in hand.