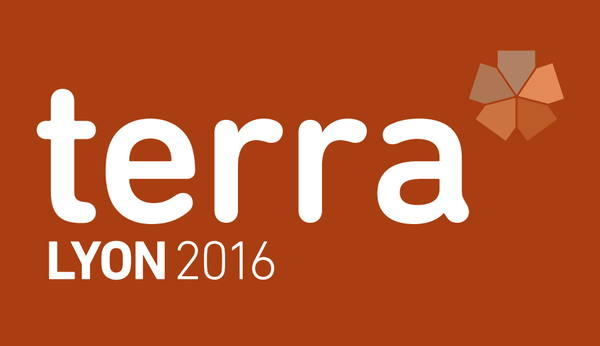 It arises a new initiative, the Terra Award 2016, in order to reward the projects made by using the construction material by antonomasia, the mud. In the context of the TERRA 2016 Worldwide Conference, in Lyon, the prizes will be presenting. This aims to become a reference for every architect, urbanist, archaeologist, historian and interested person about mud construction.

The cooperation and help of UNESCO Chair “Arquitectura de tierra, culturas constructivas y desarrollo sostenible”, the investigation unit LABEX AE&CC – Laboratorio CRATerre-ENSAG, the project amàco, Les Grands Ateliers, the association CRATerre y the magazine EcologiK/EK, give lead to this first edition of the Terra Award 2016 in Lyon. The Terra Award 2016 is the continuation of an early initiative started in 2013 by CRATerre ENSAG, AsTerre y the magazine EcologiK/EK for providing with more advertisement to all the project done with mud as their main material.

The Terra Award 2016 will be presented during the celebration of TERRA 2016 Worldwide Conference in Lyon. During this time, a big number of architects, builders, developers and researchers will meet there. All these professionals consider the mud as an elemental material for developing the architecture of the 21st century. Talks, reports and debates will complete this edition that will have as a final event the reward of the prizes.

It seems essential that during this first part of the 21st century, an initiative dedicated to recognize the architectural mud works arise. If we think that 80% of the world constructions are made with mud, that this kind of construction has been with us for more than 5000 years and that they are part of the culture in most of the countries along the terrestrial territory, it seems that this initiative should have appeared years before.

It seems that after more than 6000 years, with demonstrated results about its use and sustainability, and taking into consideration the current situation, it is indispensable to recognize those who are still supporting a kind of architecture which is attached to the location and developed in a more equitable way. On this way, architecture could go beyond the accumulative character of postmodern promotions, and recover the community character of the buildings.

For this award presentation, forty projects have been selected as clear examples of mud construction. Two of them are Spanish. This is a very low number if we take into consideration that Spain is one of the most suitable countries, thanks to its climate conditions and the ability to find good soil to make mud construction, for this kind of constructions.

Even though both projects have the mud as a material to develop their buildings, these projects, selected by Terra Award 2016, are very different. The first project is the Piscina Municipal de Toro, in Zamora region, developed by Vier Arquitectos. This project builds a mud wall which is used as a volumetric base that encloses inside a public swimming pool. Using mud for the construction of the wall it something to appreciate. However, the project rejects everything that this kind of architecture represents and it uses the same principles we can find on postmodern architecture, using the material in an artificial way lacking with a common language during the whole building.

The second project is a Vernacular Home of the 21st century, made by Angels Castellarnay Visus in the village of Ayerbe, in Huesca. In this case, the material used is typical in the location. On top of this, the language and the creation process, are appropriated with the way of working in the surrounding area. In addition to this, the intention of the architect, to continue with the study about the performance of the materials once the work is finished, will give room to some tests which can allow us to the best characteristics of the material in order to adapt our projects to contemporary life.