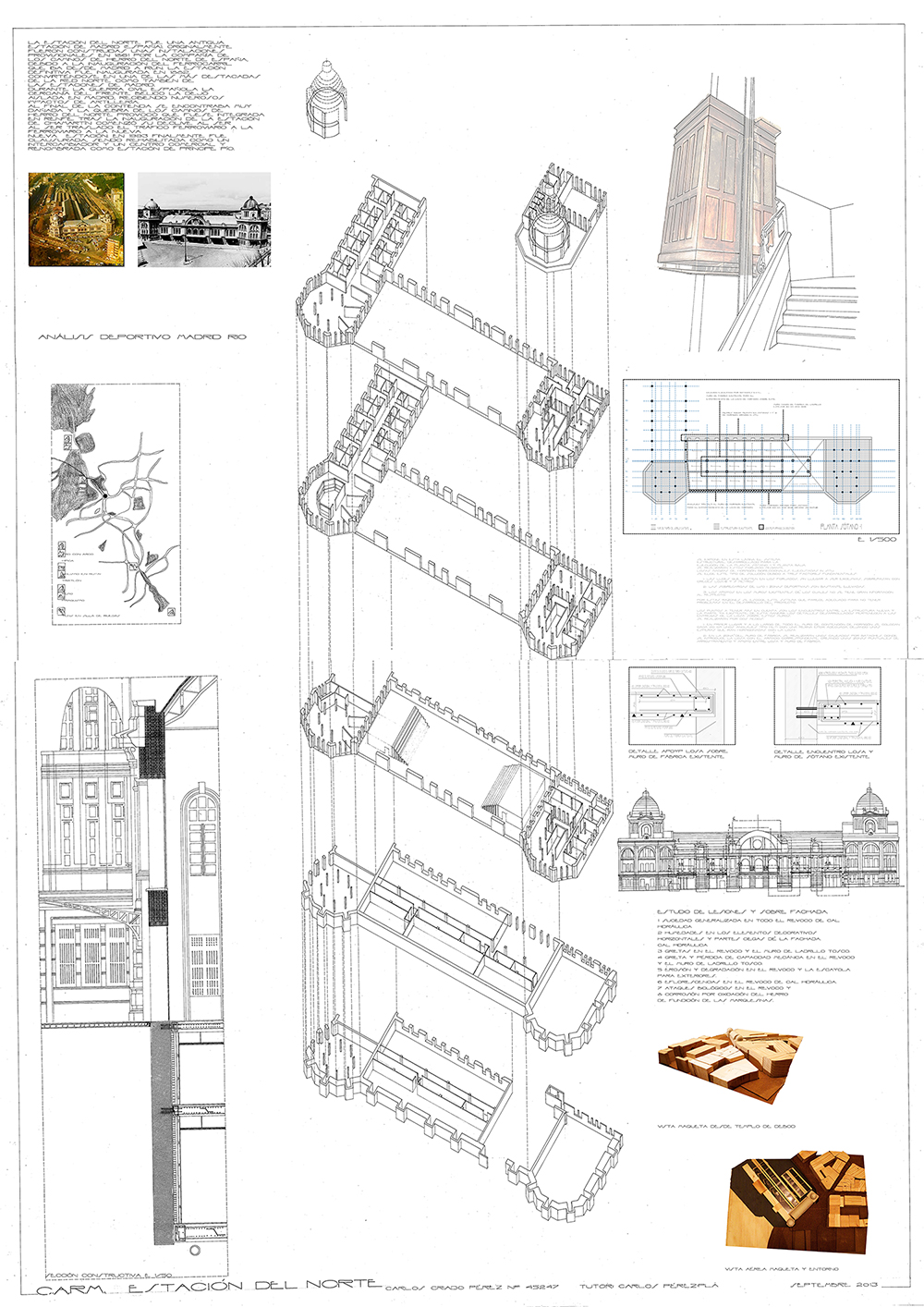 This is the last board of a series that we need to present to get our architectural degree. In this Resume Board of my Degree Final Project, I summarize the idea, the construction, the structure and some 3D views of the project.

The North station was an old train station located in the Spanish capital, Madrid. Originally, some provincial installations were built back in 1861 by the company Caminos de Hierro del Norte de España, due to the opening of the rail way which connected Madrid to Irún. The definitive train station was opened in 1882, it used to be one of the most distinguished train stations in the North net as well as a reference in the city of Madrid during the Spanish civil war, 1936-1939. It received several artillery impacts on its walls and its facades. At the end of the battle, the train station has suffered several important damages, and the bankruptcy of the company forced the train station to be integrated with RENFE, the national railway company.

After the opening of a new rail station in the city of Madrid, in the neighborhood of Chamartin, the decline of the station started. Most of the passengers were travelling from/to this new station. So, in 1993 the train station has to close down and later on, it was renovated, changing its use and transforming it into a metro and commuter train station that also includes a mall center inside. That is when it has been renamed as Station of Príncipe Pío.

Nowadays this main hub is a symbol and is also part of the modern heritage for the city of Madrid and their inhabitants. That is why its restoration became very important, while the meaning of the train station is maintained and its use has been adjusted for today’s needs. 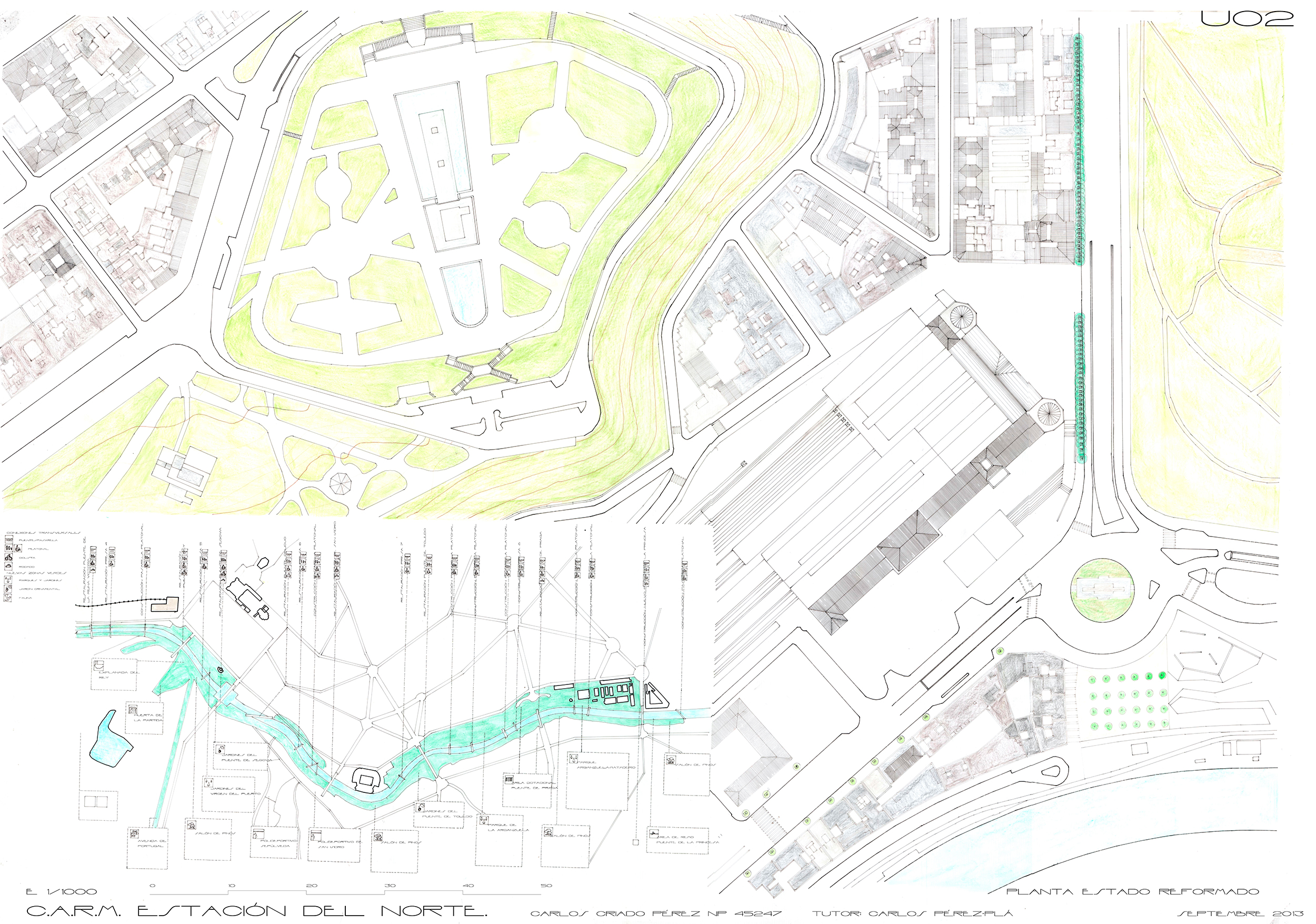 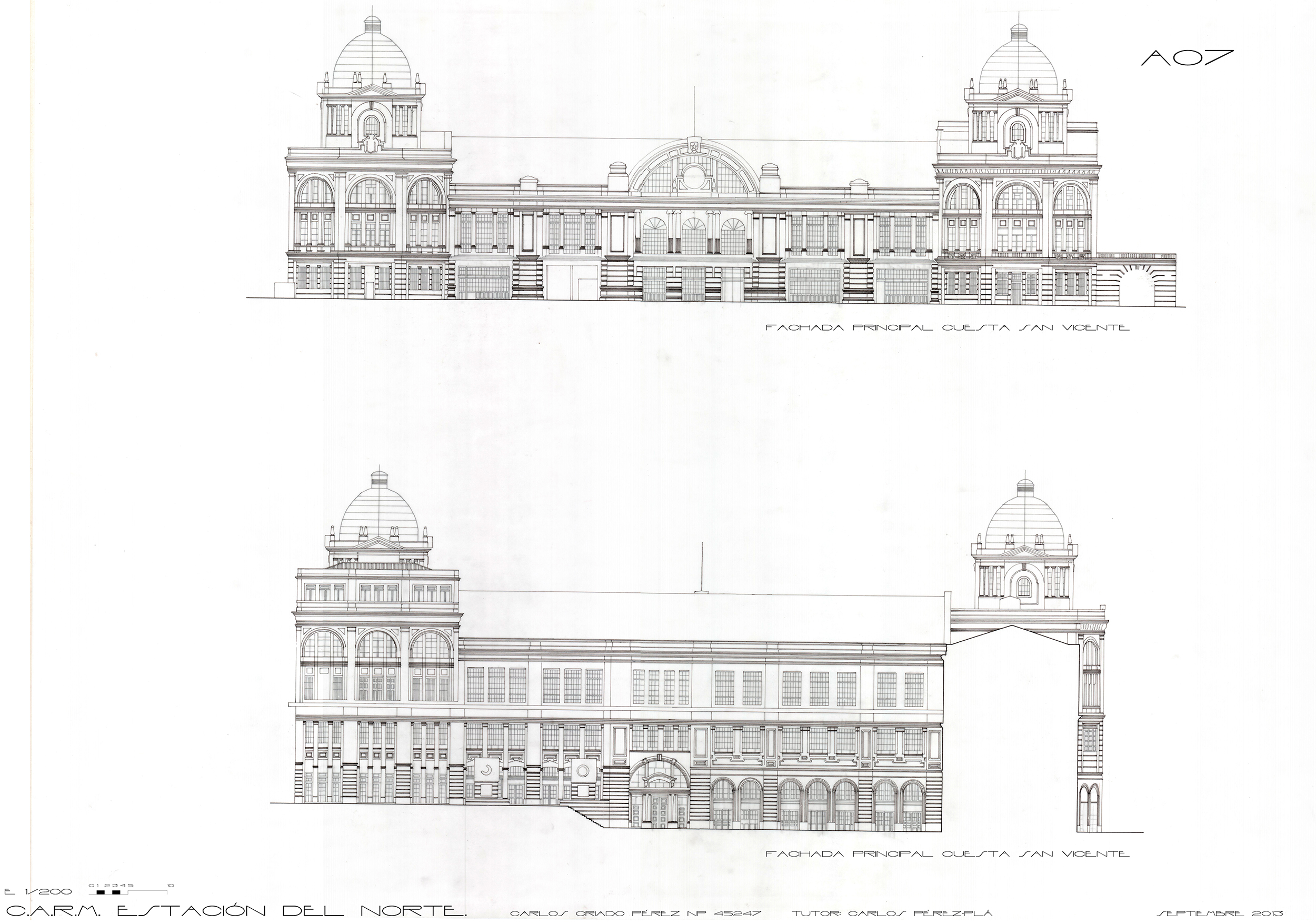 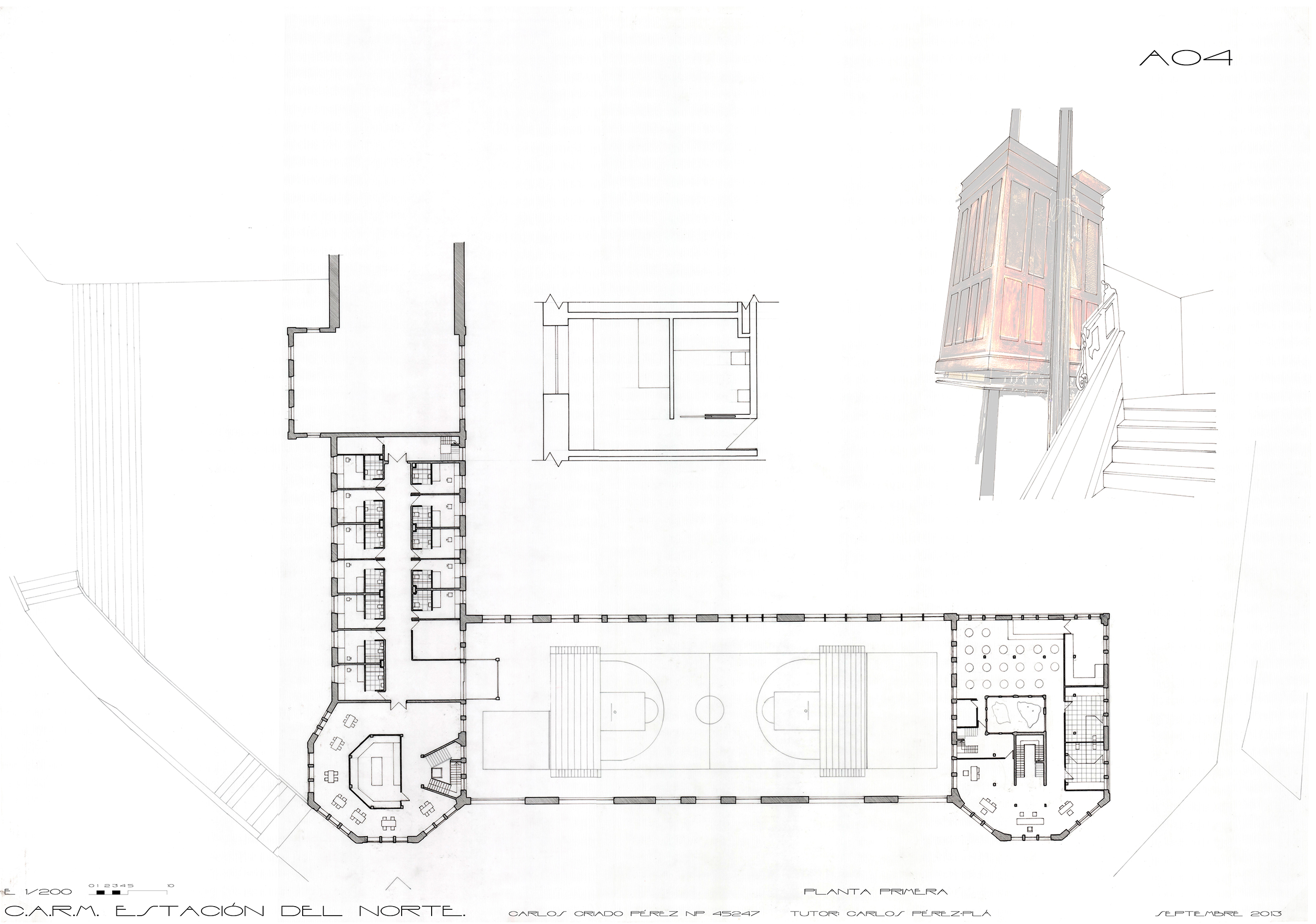